The son of Peter

By the year 2000, Basket Mouth was already on his way to making his mark in the industry. That year, at legendary musician 2 Baba’s behest, he anchored the monthly show at The Den, Ikeja, he was chosen by Tequila events to perform alongside Julius Agwu on a tour called ‘Play It Safe Tour’ which covered more than 30 higher institutions in Nigeria. He also performed at a concert called ‘Hanging Out With The Home Boys’’ and because of the audience’s love of his brand of humour, the show extended his activities to the Monthly Motherland Concert hosted by no-other than Lagbaja. But Basket Mouth officially became a household name after he was introduced to Opa Williams by Alibaba who went on to feature him in the legendary Night Of A Thousand Laughs and the rest, as they say, is history. 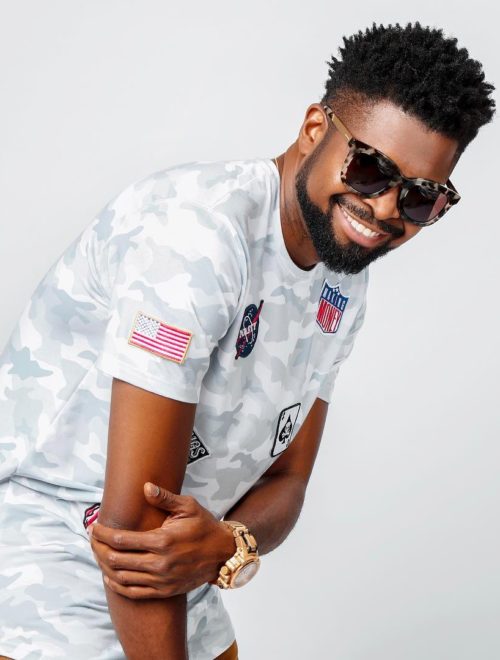 Over the years Basket Mouth has also garnered international recognition and acclaim, he has worked with music stars like Boys 2Men, Sean Paul, Cool and the Gang, Akon, Busta Rhymes, Jay Z, Beyoncé, Snoop Dogg and Chris Brown to mention a few. He has performed on some of the biggest stages in the world including The Comedy Central Special, The Just For Laughs Festival In Montreal Canada and headlined the Comedy Store, the Improv in Arlington and Houston to mention a few.

He has worked with internationally acclaimed comedians like Red Grant, Melanie Camarcho, Jeff Ross, Hanibal Buress, Aires Spears, Deray Davis, Tony Roberts, Robert Powell and Trevor Noah amongst others. He has also held yearly international events since the year 2007 and has proceeded to sell out venues like the Indigor, Hammersmith Apollo and the Wembley Arena amongst others making him the only African comedian to achieve such a feat.

Basket Mouth’s reach has extended to the big screen and since making his Tv debut on the MTV Base Big Friday Show he has gone on to host Comedy Central’s Presents, Comedy Central’s Ridiculousness and lots more. Till date Basket Mouth is a regular on the daily sitcom ‘My Flatmates” for which he also acts as writer and producer.

Basket Mouth who is the brand ambassador of brands like Glo, Malta Guinness, KIA Motors, Sure Bet, Ping Express and several other huge brands is also passionate about giving back. He launched his foundation ‘The Bright Okpocha Foundation’ in 2014 with the main aim of making sure that he shares his holiday spirit and cheer with those who are spending the Christmas and New Year holidays in the hospital.